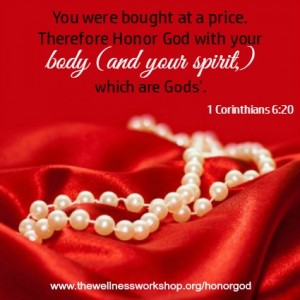 5 Long Years; Is It Worth the Wait?

Jacob was now 20 years old; it seemed as if his childhood had disappeared from view. 5 years. His original covenant agreement was that the price of the bride was 3 years wages. Add one more year for Jacob to prepare the bridal chamber and then the wedding. “Here it is into the fifth year; I don’t even know her any more. What if Sarah has changed? What if I was wrong…” doubt flooded his mind. “Why does it seem to drag on and on?

Jacob and Sarah were betrothed at the ages of 15 and 13 respectively. In the Ketubah, the marriage covenant contract, Jacob agreed to work and give Sarah’s father the equivalent of 3 years income in exchange for the hand of Sarah in marriage. Jacob carefully considered this extremely high price. Most of his friends had paid a much smaller price for their bride and were already married and beginning their families. Sarah had a disability; she was crippled in one leg; to the outsider this made the price even more exorbitant. After all Sarah would never be able to fully carry on the duties of a wife with this disability, she would always need extra help.

The “price of the bride” was not a “slave payment” to Sarah’s’ father, it was actually a protection for the bride. The full price was to be given to Sarah, sewn into her wedding clothes in coins and jewels, as a sort of “savings account” in the event something would happen to the marriage.

Sarah’s father purposely set the price extremely high. Out of love for his daughter he wanted to be sure of two things:

Jacob was from a prosperous family. Jacob’s father owned land with a rock quarry for which the locals for miles around had many uses. Jacob’s father could have easily given him the 3 years of wages required for the “price of the bride” however, his father did not even offer. Jacob’s father generously gave Sarah full benefit of a wife during the betrothal; access to everything he owned. However he knew it was important for Jacob to earn the bride’s price by the sweat of his brow, giving further value to his bride. Jacob’s father hired him on, as he did indentured servants, to work in the rock quarry and truly pay a dear and precious price for his bride to be.

Jacob had been learning the business side of the family business, dealing with people, making sales, and overseeing the work but now, now he would become one of the laborers and learn what work really was.

At first Jacob went joyfully to his work, knowing he was going to have Sarah as his wife. He was doing this for his wife. He even enjoyed the camaraderie among the men he worked with; in some ways it was much better than the work he had done before.

However, as the days and then months and years pressed on and his back was weary and his hands were torn and bruised he sometimes allowed his mind to wander back to the easier times.

Before the covenant agreement Jacob’s father would take him to sit with the men at the village gate. They would sit for hours listening to the wisdom of the aged men as they made decisions in their community. Jacob looked at his roughened hands and felt the bone weariness of his new job. Those easier days often played with his mind and again questions about this covenant he had made tugged at his heart; was Sarah worth this heavy price?

It was one of “those days” when his will and faithfulness was tested. Jacob was driving a cart full of rocks to deliver in a neighboring village. He was tired after a full weeks work; it was close to Sabbath. Jacob needed to make the delivery and quickly return home before sundown for a good and well-earned day of rest.

The cart moaned under the load as the donkey’s pulled it up a small rise, another moan and then CRACK! Off came the wheel and out of the cart spilled the rocks Jacob had so carefully loaded. Jacob jumped off the cart to keep from overturning with it. He angrily kicked the wheel knowing he would not be spending the Sabbath at home with his family but out there on the road in between villages. Jacob sat by the cart and waited, and prayed for help to come along.

Soon he heard it, the clack, clack, clack of donkey hooves and a nicely trimmed cart came over the horizon, perched ever so proudly in the back seat of the cart was Achan, a prominent businessman from the neighboring village. A man Jacob knew well, but did not like. Achan was a very proud and pompous wealthy man who tended to throw his weight around, literally, wherever he happened to be. Ugh. This man will be of no help at all, he fits his name very well…”one who troubles”.

The cart stopped. “Well, well, who have we here? Is this Jacob, son of Samuel the quarryman? Oh look at this mess! What an unfortunate turn of events!” Jacob stood up and greeted him. “Tell you what my boy, I am headed home for the Sabbath, come home with me and I will leave my servant here to sit with this broken down mess. My daughter is there, she will draw you a nice bath…even wash your back for you, heh, heh, and you can take Sabbath with us.”

“Oh no sir”, Jacob replied, “I couldn’t possibly leave my father’s cart and this load I am to deliver. I must wait here and send someone for help. It is my responsibility.” The fat man looked down on Jacob, “You are the responsible one all right. Tell you what, I will go on and send my servant out to help you fix the wheel and reload the cart, our village is just a short trip away.” And off Achan drove.

“My daughter will draw you a nice bath” Jacob thought with a smirk as he watched Achan disappear into the distance. A bath did sound quite nice about then but he could never dishonor his father and leave his responsibility. And he reminded himself, he was now “set apart”. He could never break covenant with Sarah and be with another woman.

A few hours later Jacob heard the familiar clack, clack of Achan’s cart, his hopes rose and then fell as he saw proudly perched next to daddy, Achan’s daughter, Ayah. Jacob was taken with how beautiful this young woman had become; he had not seen her since she was a child. As the cart approached a shiver ran down his back; Ayah means ‘vulture’…I must watch myself, Achan is a tricky man full of trouble.”

“Jacob”, Achan called from the cart, “come, sit with Ayah and myself in the shade; my servants will fix this mess for you. This is no work for a son of someone as great as your father”. Jacob approached the cart.

Achan continued, “look my son, I’ve brought my beautiful daughter Ayah with me. Let her pour cool water over your head and make you more comfortable.”

“Oh no sir”, Jacob replied, “I am betrothed, I cannot keep company with your daughter.” Achan smirked. “Oh yes, that’s right…betrothed, yes, hmmm. Weren’t you going to marry that crippled girl from the village, Sarah?”

Jacob stood tall in his answer, “Yes, that is correct sir, she is even now being taken care of by my father, being given the full rights of a wife while she waits for my return.”

Achan spoke sharply with a challenge, “Now why would a fine young man such as yourself, with the wealth of your family behind you want a useless crippled up girl when you could have any girl you wanted, even possibly my daughter, who is beautiful and has all her senses”.

Achan continued, “Why I’ve even heard that girl Sarah doesn’t act respectfully as your bride. You know her cousin was unfaithful. That family is bad news. Why not put her away now and come with me, let’s talk about my daughter. Think of the great wealth you would eventually have as your father’s sole heir and Ayah’s inheritance as well. Your wealth would surpass ours and your name would be established for generations.”

“You have a lovely daughter to be sure”, Jacob replied, however, I am betrothed to Sarah. I have signed the Ketubah with witnesses and she is my wife; waiting for me to return. I don’t believe she is like her cousin at all, she is a fine woman of virtue.”

About that time Jacob thankfully heard another cart coming over the ridge. It was Matthew, another of his father’s workers! Relief spread over Jacob and he excused himself and ran to meet his friend, glad to be rid of the troublemaker and his vulture.

Jacob had been questioning his covenant with Sarah. It had been some time since their betrothal. The work he was doing to be her husband was harder and took longer than he ever would have imagined. There right in front of him was the opportunity to get out of it. All he had to do was disgrace Sarah publicly, give her a document of divorce and he could have this man’s daughter or anyone else he desired…for a much more reasonable price. But Jacob was committed and he loved Sarah deeply; even more so now that his love had been challenged.

Achan also challenged Jacob’s covenant relationship with his father, asking Jacob to leave the job he had been given; leave it to someone else. Jacob responded with the language of covenant; honor to his father and his own responsibility.

Jesus Was Challenged to Break Covenant

Jesus, our groom, was also given the opportunity to break his covenant promise to us. He spent 40 days in the wilderness, fasting and communicating with his father, was he getting his “marching orders” for his time on earth?

At the end of the 40 days the Bible tells us “he was hungry”…starving is more like it. Weak and weary, like Jacob and in that moment of weariness who appeared but Satan himself; challenging Jesus to break his covenant and forget the mission his Father had for him. Satan certainly did not want Jesus to claim his bride.

Tomorrow we will see how Satan tempted Jesus to break Covenant and how Jesus turned Satan away.

We will also learn the Language of Covenant – Honor.