The following are articles I found helpful as I was looking for 6 Lifestyle Choices to Reduce Risk of Parkinson’s Disease.  Each section also contains products we use and recommend.

What is Parkinson’s Disease

“Parkinson’s disease is a neurodegenerative disease whereby cells responsible for producing dopamine die off in the substantia nigra area of the brain. Dopamine is essential for movement as it acts as a transmitter for signals from the brain to other parts of the body”. https://Parkinson’snewstoday.com/2017/04/13/eleven-facts-about-Parkinson’s-disease/

Here are some great ideas on how to naturally increase dopamine levels in your brain.

This is an interesting website with info on MCT oil and other natural health remedies by a scientist who is improving parkinson’s symptoms.

Parkinson’s is the second most common age-related neurodegenerative disorder after Alzheimer’s disease. An estimated seven million to 10 million people worldwide have Parkinson’s disease.

Our Be Nourished 4 Life students who focus on resolving nutritional stress by eating nutrient dense foods report a reduction in emotional/spiritual and physical stress by 50%-75% in 3-4 weeks.

“Giving your body the nutrition it needs is a positive step you can take every day toward combating stress. With the correct nutrition, you are better prepared to face the challenges of the day.”  https://psychcentral.com/lib/beating-stress-through-nutrition/

“Frequently patients describe stressful events that seemed to be associated with the initial onset of their PD symptoms. For example, many noted a tremor that appeared or was noticed following a major operation, a head injury or the diagnosis of another condition, such as thyroid disease. In other instances, symptoms were noted after a particularly stressful event, such as the death of a spouse or other family member.”

Anxiety is another frequent symptom of PD and often goes hand-in-hand with stress. Anxiety or even panic attacks, often accompanied by depression, may occur because of changes in serotonin and norepinephrine in PD. Family members will say things like “She worries about everything!”

The Parkinson’s Outcomes Project shows that people with PD who start exercising earlier and a minimum of 2.5 hours a week, experience a slowed decline in quality of life compared to those who start later. Establishing early exercise habits is essential to overall disease management.

This is a big one because it affects neurotransmitter development (remembering that dopamine is a neurotransmitter and is deficient in Parkinson’s patients) and nutrient abosorption and removal of toxins – all of which impact overall brain function.

The human colon has a new lining every 3 days

One of the best ways we’ve found to heal the gut and resolve constipation is a product called Herbal Fiber Blend combined with AIM Fit & Fiber.  These two products contain herbs to provide an environment for the entire digestive tract to heal.  Mixed together these two products provide over half the daily recommended amount of fiber. 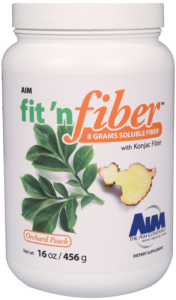 Thousands of bacteria live in the gut, and they help digest food, make vitamins and support immune function. Gut cells are connected to the brain through certain nerves and via this link, researchers believe changes in the gut could potentially effect changes in the brain. In fact, alpha-synuclein, the sticky protein that clumps in the brains of those with PD, also is present in the gut of people with PD. And, one of the earliest symptoms to emerge in many people with Parkinson’s is constipation. A greater understanding of gut bacterial changes may shed light on new ways to diagnose Parkinson’s and manage symptoms throughout the course of disease.  https://www.michaeljfox.org/foundation/news-detail.php?new-information-on-the-parkinson-gut-connection

Scholarly articles if you would like to do more reading

The American Academy of Neurology: Parkinson’s disease may start in the gut and spread to the brain via the vagus nerve, according to a study. The vagus nerve extends from the brainstem to the abdomen and controls unconscious body processes like heart rate and food digestion.

“Probiotics are the good bacteria that live in our intestines and play a tremendous role in regulating our immune function. Yogurt and kefir (pronounced ‘kee-fer’) are fermented dairy products and can be an excellent source of probiotics.  In fact, a dairy-based probiotic supplement was recently shown to do a great job improving the bowel health of individuals with PD.8 And as I already mentioned, two large, well-designed studies (Honolulu Aging Study and the EPIC-Greece cohort) did show a link between milk and PD, although consuming yogurt did NOT increase the risk of PD.” https://nwpf.org/stay-informed/blog/2014/04/dairty-gut-health-in-pd/

AIM Flora Food uniquely contains the beneficial bacteria found in the human gut and is a repopulating form of probiotic, meaning it reproduces in the gut.  Our students report improved digestion, bowel and immune function using AIM Flora Food.

Short chain fatty acids are the “waste product” of beneficial bacteria feasting on plant based fiber in your gut!  Sounds yummy…lol.

Pacific Neuroscience Institute reports on the Gut-Brain connection in Parkinson’s Disease. “There are a few theories, one of which involves short-chain fatty acids (SCFA), which are made by bacteria in the gut by breaking down dietary fiber, notably Lachnospiraceae”.

From the National Institute of Health

“Dietary patterns also modify microbiome composition and function, in complex ways that vary among individuals and cultures and are the subject of intense ongoing research. Prebiotics, probiotics, and fermented foods such as yogurt may influence the impact of the gut microbiome on the CNS and have shown significant effects on brain function in a number of experimental trials and clinical studies. Along with diet, these functional food components may offer future opportunities for altering the microbiome to enhance cognitive or emotive function and prevent or treat neurologic disorders.” 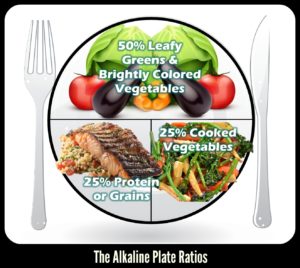 The health benefits associated with the intake of phytochemicals present in fruits and vegetables leads to decreased functional decline associated with aging and may slow the progression of PD (Liu, 2003).

Note that this article in the National Institue for Health archives found that MILK itself was a cause of neurodegeneration (bad), however KEFIR, which is a fermented milk product is considered beneficial for it’s millions of beneficial bacteria and they specifically listed the kefir containing the most beneficial bacteria for Parkinsons Disease originating from cows milk.  I recommend using an organic, grass fed milk product.

Our Be Nourished 4 Life Intermittent Fast Boost provides a tutorial, How to Make Kefir and Kefir Cheese.

This great graphic from https://www.ncbi.nlm.nih.gov/pmc/articles/PMC3945400/figure/F1/

Omega-3 polyunsaturated fatty acids (PUFAs) appear to be neuroprotective for several neurodegenerative diseases (Bousquet et al., 2011a). There have been no studies in PD patients that address whether omega-3s are neuroprotective, however, one study showed that supplementation with omega-3 PUFA reduced depression in PD patients (Da Silva et al., 2008). Current research focuses specifically on the omega-3 fatty acid docosahexaenoic acid (DHA). DHA is an essential factor in brain growth and development (Horrocks and Yeo, 1999) and has anti-inflammatory potential

Our Be Nourished 4 Life Intermittent Fast Boost is a simple and fast way to eliminate toxins from the body.

Ready to Reduce your Risk of Parkinson’s Disease?  Check out 6 Lifestyle Choices.