You will be encouraged by Justin’s story for yourself or an at-risk youth in your life and challenged to walk in the freedom of full forgiveness.

To learn more about Justin and receive a free e-book entitled Grow: A Practical Guide for New Christians, his website. 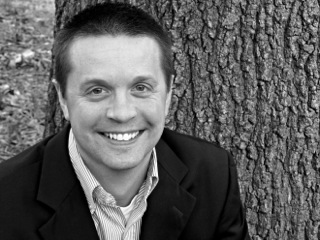 Justin was an at-risk kid from birth. His father abandoned him and his mother once he learned of her pregnancy.

Although he never verbalized resentment towards his father, it revealed itself in many ways. He was jealous towards those who had both a mom and a dad. He also wondered why his life had to be so difficult.

He often felt inferior and incomplete as he became a teenager. He sought fulfillment from drugs, alcohol, and friends who were just as empty. He rebelled against all forms of authority and the pursuit of pleasure was his highest aim.

Following the influence of a Christian employer, he trusted Jesus Christ as Savior in his mid-twenties. It was then that he began to understand the true meaning of forgiveness.

Today, Justin has an amazing wife and four wild and wonderful boys. As a youth speaker, he shares his story of transformation with churches, camps, and schools.

In this episode Justin will share how we can extend forgiveness to anyone providing we have three correct views:

These correct views make it possible to forgive anyone for anything. And forgiveness brings liberty, joy, and completeness to life.