An Evil King and His Family Ruled Israel 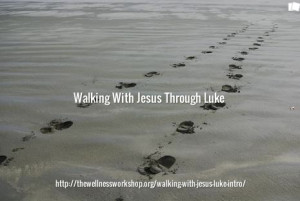 The Herod, King of Judea, Luke refers to was the first of four Herods (three were his sons)  he was “king” over Palestine and Syria. He called himself “Herod The Great”…a real humble guy.  So this sets the stage for the political climate when Jesus was born.

I’m sure there are more horrible things they did but you get the idea…it wasn’t a pretty time for the Jewish people.  They had self-absorbed, maniacal, tyrannical local leadership and were under the rule of a foreign country…Rome.

The significance for me is that in the midst of all this Zechariah and Elizabeth, the parents of John the Baptist were still waiting and seeking the redemption of Israel.  Their focus was on God instead of hating the current government.  I think we can learn something from them…I know I can.

I need to have the heart of Simeon…who we will meet a little later in the story…Luke 2:25 “now there was a man in Jerusalem called Simeon, who was righteous and devout.  He was waiting for the consolation of Israel, and the Holy Spirit was upon him.  It had been revealed to him by the Holy Spirit that he would not die before he had seen the Lord’s Christ (the messiah).”

Simeon was crying out to God and putting his eyes on God for deliverance rather than focusing on what they needed to be delivered from.  He feared God more than man.  Proverbs 25:14 tells us that “The Lord confides in those that fear Him and He will show them His covenant.”

Part of my focus this year is learning to live in the Fear of The Lord rather than the fear of man or circumstance.  Simeon is a good role model.

Am I the only one who has to constantly stop looking at our current world and political situation and intentionally focus my eyes on God and His plans and purposes?